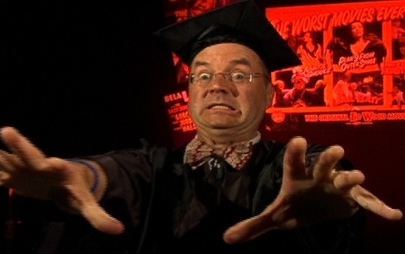 In 1971, while a student at The University of Washington, Fred Hopkins was one of the founders of 'The Vintage American Cinema Society', the first film group to show overlooked "B" and horror films from the 40' and '50s to an audience of students who had never been exposed to these kinds of films.

Throughout the 1980s, Fred and a partner premiered such films as 'Plan 9 From Outer Space' and 'Frankenstein Meets The Space Monster' at nightclubs throughout the Seattle area.  He also wrote a syndicated weekly column entitled 'Mondo Video' (reviewing the oddest films ever made) in 'The Rocket' in Seattle and in many college newspapers on the East Coast.