Clarity of Thought and Writing Philosophy 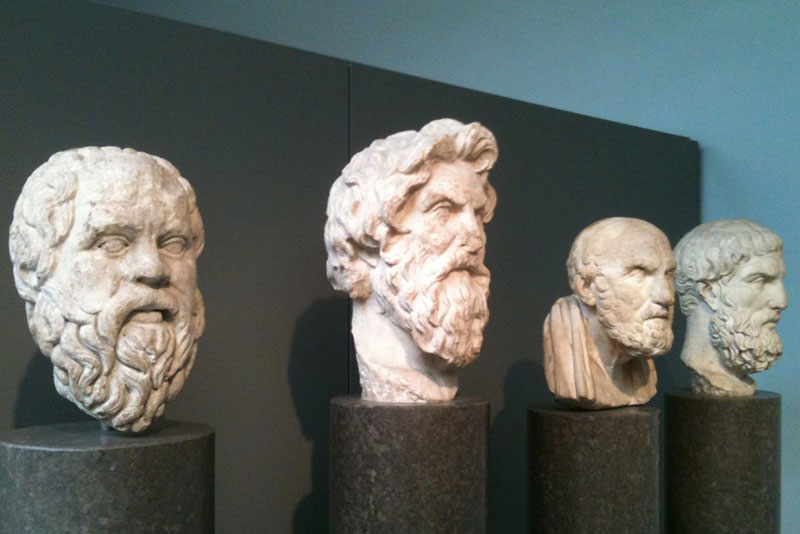 For as long as humans have been telling stories, audiences have asked writers, “Where do you get your ideas?” F. Scott Fitzgerald claimed the desire to write comes from a deep-seated need to impart one’s way of thinking to the world: “You don’t write because you want to say something; you write because you’ve got to say something.”  In short, writers seek to share their life lessons, experiences and world view through their words. To accomplish this end, a writer must learn to shape their ideas, choose proper verbiage and support their discussion—which is precisely what Richard Farr seeks to inspire in students through his class, Write Like a Philosopher.

Not surprisingly, Farr came to writing by way of his studies in philosophy, but folding philosophy into writing was not always his goal. “In one way, philosophy and writing are very separate: philosophers want to persuade; writers want to depict,” he says. “But human life is interesting because we're puzzled by it, and, while writers love making up fictional mysteries, philosophers deal with some of the deepest and strangest actual mysteries.” 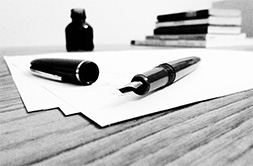 If there is a particular philosophy that informs his work, Farr remains aloof. However, he will confess his love of the written word inevitably inspired him to write. “I've said that my two big writing influences are Beatrix Potter and Fyodor Dostoyevsky. That's a tongue-in-cheek way of saying, ‘Every good writer I've ever read.’”

Farr says the life of a professional writer was not initially on his agenda, but fate had other plans. “I've never not wanted to be a writer—to love reading is to see a kind of magic in what writers do that's very, very appealing. I just put it off for a long time,” he says. “I was unhappy just doing work to pay the bills. In about 2006 I kept talking to my wife about one amazing true story I'd read about in brief and how I wanted to research and tell it more fully. Finally, she rolled her eyes and said: ‘Maybe you should stop talking about it, take a year, and actually write it.’ Thus, my first book, Emperors of the Ice, which won a Washington State Book Award.”

Following the publication of Emperors of the Ice, Farr began to look at future writing projects through a lens of philosophy. “My agent suggested I write a sci-fi / supernatural thriller, and I thought: “Instead of made-up ghosts and demons, what about making the story revolve around something undoubtedly real that we don't understand?” he recalls.  “So, I wrote The Babel Trilogy about the deeply strange fact that, unlike rocks and trees and planets, we have consciousness—there's something it's subjectively like to be us.  That's even more urgently interesting than ever, in an age where we might be about to create new, artificial forms of consciousness.”

As anyone with a love of literature can confirm, philosophers and storytellers share many common traits, a perspective Farr seeks to explore in his work and teaching. “[Both] are fanatical about the details of how language works, and fanatical about precision in language—in different ways, perhaps, but from the same motive.”

With Writing Philosophy, Farr will invite students to explore the ways philosophy can help to hone one’s writing skills through precision and economy, while allowing room for the language to breathe. “A bad writer will say, ‘The wind took a few leaves from the trees and it reminded me that summer was over.’ But a more skilled writer will say, ‘The larches hunched their shoulders against the wind, weeping leaves, as if grieving summer's passing.’ Similarly, a bad philosopher will say, ‘I'm 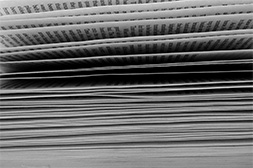 not sure I totally buy what Plato is saying here.’ However, an experienced philosopher will say, ‘What Plato says here can be understood in either of two ways. I will show that the first way may be true, but isn't very interesting, while the second way, however interesting, can be rejected for at least two reasons.’ Philosophy is a training in how to be clearer about what you think, being clearer about how to express that thought, and being clearer about the best structure in which to place the thought. Storytellers need all of that!”

Farr says class emphasis will not be placed on fiction or nonfiction. “Because philosophers mostly write a particular kind of non-fiction, the most obvious application is to analytical, persuasive, or descriptive writing,” he says. “But as I explain above, the concern with conveying ideas precisely is central to (and often not given enough importance in) almost all writing. I'm a novelist. I sometimes rewrite sentences fifty times because I'm hunting for the exact words.”

Students joining Writing Philosophy can look forward to a new world of thinking about their work. Farr hopes that by exploring philosophy in writing, a student will ultimately craft their own philosophy for writing while elevating their skills and personal style. “On my website I give pride of place to a great quote from the historian David McCullough: ‘Writing is thinking. To write well is to think clearly. That's why it's so hard.’ I believe that familiarity with examples of good philosophical writing, and with picking those examples apart to see the techniques philosophers use, is great training for better communication in any form. It teaches you to expect higher standards of precision in everything you hear and read, and everything you say and write. I really mean everything - from a book to an email to a discussion at the dinner table.”