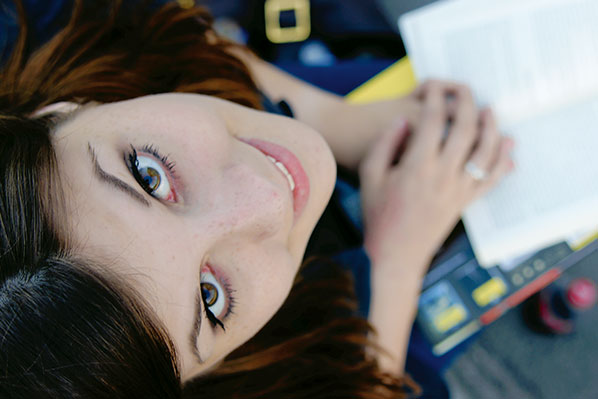 What does it mean to be truly happy? Is it a quality to which some are predisposed while others are not? These are questions instructor Andrés Maturen plans to explore in his class The Science of Happiness: A Roadmap to Optimal Human Performance.

Maturen came to the science of happiness via an indirect route. “I was a communications/journalism major with masters degrees in both marketing and business administration, so I’m a professional and passionate storyteller,” he says. “After some personal difficulties, I pursued professional help and learned during my journey to improve myself that the culture of self-improvement and happiness is filled with impostors and phony salesmen more interested in money than helping others.”

For all the profiteering out there, Maturen says he also learned the science for self-improvement and happiness is more developed than we realize. “There is a chasm between scientific knowledge and what the general population sees and believes. My mission is to close that gap and bring this science to others like me.” 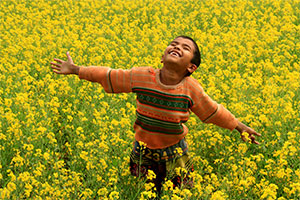 As happiness is not a quantifiable element, defining the concept can be befuddling. So how do we put our finger on what it means to be happy? “Personally, I see happiness as a positive mental state,” says Maturen. “Formally, there are many definitions in the psychology circles, but we all have our own natural sense of what happiness is since most people have experienced happiness at many times in their lives.”

Maturen suggests it is helpful to identify that which happiness is not. “Since we are culturally ingrained with other concepts like success and accomplishment, we tend to assume happiness is a goal that will be constant once we reach it,” he says. “When on the contrary, we can be happy most of the time without being successful and without accomplishing a thing. Happiness is a state of mind rather than a goal to be reached.”

And, yes, Maturen considers himself to be a happy person. “I have always been predisposed to be an optimistic thinker and find the solutions of challenges inside me. That is not to say that, like everyone else, I have not had moments of sadness, doubt and even depression. Life is difficult and gladly I learned to approach it with a good attitude. So far, it has worked for me.”

In a world overflowing with skepticism and negativity, one wonders if we are not hardwired for unhappiness. “Most of us are naturally predisposed to have a negative perception of the world,” says Maturen. “This was demonstrated by Martin Seligman back in the 1960s in what he called ‘Learned Helplessness’ which is basically having a negative worldview. The latest figures estimate around 65% of the human population showcase this negative worldview while the other 35% are considered ‘Immune to Helplessness’.”

Maturen says the current hypothesis in the field of positive psychology considers the wide percentage gap between positive and negative thinking to be a genetic advantage for our species. “Some of us would be more careful and unadventurous while others more dauntless and fearless based on this genetic trait,” she says. “The good news is that experiments have demonstrated that anyone can learn how to be ’Immune’ and improve our life by doing so.”

So how do we change the mechanics of our thinking? Does one become a happier person by adjusting their vision of reality, or is there a physical component?  “We all can be happier by changing our perception of the world towards a more positive one,” says Maturn. “This will, by practicing over longer periods of time, change our brain structure in what is called ‘Brain Plasticity’ or ‘Neuroplasticity’. On a shorter term, having a healthy diet and exercising can help us release specific neurotransmitters like Dopamine and β -Endorphin that will make us feel good.”

Additionally, Maturen believes those seeking a happier perspective need to work toward greater mindfulness in our daily choices and activities. “Learning how to impose meaning on our actions, while being grateful for our context, can help us drive an improved feeling of satisfaction of ourselves,” he says. “Finally, it is beneficial to work on developing a healthy social life since spending recreational time with others is the most important indicator of life satisfaction according to studies conducted by Harvard University and the University of Pennsylvania.” 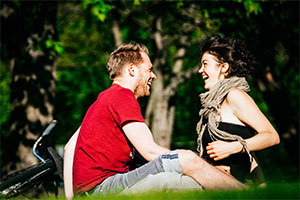 Maturen says one of the most positive things about teaching and studying the science of happiness is the impact it had on his own life. “It gave me the tools to understand that any challenge in life is temporary and controllable,” he says. “This means that I have a positive perspective during difficult times and made me more resilient, while I consciously imprint meaning on my actions. It also made me more open to meditation and mindfulness after reading how the science behind those activities are of benefit. And finally, it gave me insight into how day-to-day elements of our life, like money and personal finance, can be used to improve our happiness – even when the common perception is that it cannot buy it.”

Those joining The Science of Happiness: A Roadmap to Optimal Human Performance can look forward to a class that offers something challenging and dynamic. “It is very exciting when students realize there is actual fact-based science behind the topic of happiness,” says Maturen. “Changing our perception of ‘self-help’ and giving them the latest knowledge in the field of positive psychology fills me with great optimism. Afterward, students can look for the tools and resources they need to reach their optimal performance as humans while avoiding scams and ‘get happy quick’ schemes.”

In addition, students can look forward to discovering how they might take charge of their own happiness.  “If they should take one thing home it is the knowledge that their happiness is their own responsibility. It is not a goal but a state of mind. This sounds like a chore but the truth is it hides the true concepts that help everyone to be their best: the ownership necessary to start acting and the confidence of being capable of happiness, no matter the context. After all, science demonstrates our attitude is more important than the context.”