Sea Change and Introduction to Oceanography 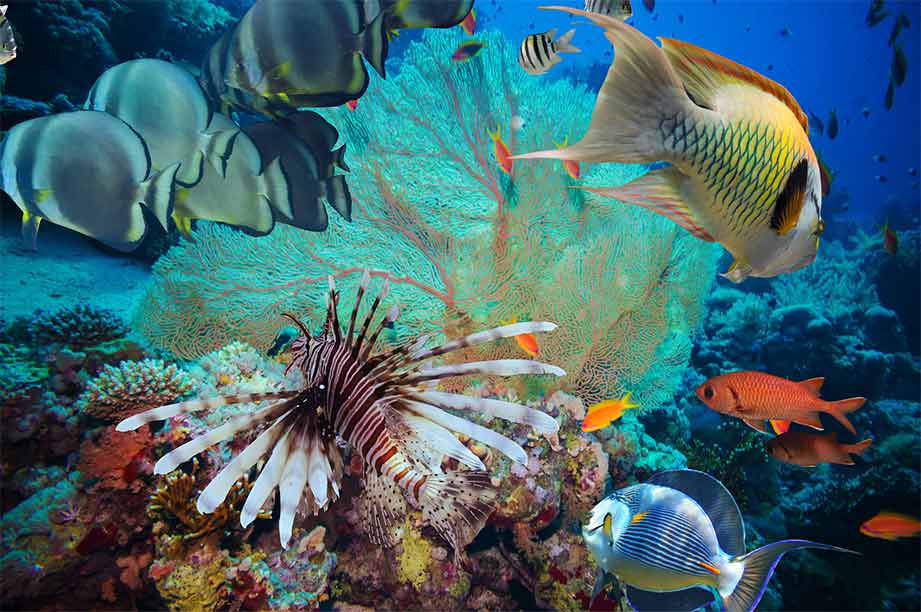 Introduction to Oceanography instructor Cary Ray Easterday says his fascination with the sea began with family excursions to the coast. “It started in Chincoteague, Virginia, where my family would vacation every summer,” he recalls. “We would visit the beach, enjoy the summer carnival, and see what the local fishermen caught in their boats.  When I was around ten years old, I was fascinated with the blue crabs of Chincoteague - how they lived, where they lived, how they moved, their behavior - and I discovered that kids could catch crabs in a baited cage (AKA crabbing). Since I grew up a Marylander, I learned how to shell a crab pretty well and eat it.  It is part of the culture if you visit the shore.”

Easterday says his lifelong fascination with Oceanography stems from a quality of mystery the oceans hold. “(O)ceans are deep and mysterious places that are extremely difficult to study,” he says. “Scientists know more about outer space than the ocean floor.  One of my favorite first lessons for students is to explain how little we know about the oceans, despite our great advances in the past century.  Most of our images of oceans (movies and documentaries) only come from the top 5% of the oceans where light penetrates.  The remaining 95% of the oceans are dark as a cave with crushing pressures and bone-chilling temperatures!” 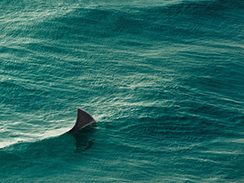 The ocean’s mystery only deepens each time humans risk all by diving into its depths. “Scientists have only explored about 5% of the ocean floor directly,” says Easterday. “In the 1970s we discovered a huge and deeply hidden Earth ecosystem (i.e., hydrothermal vent fauna and flora).  And we continue to make many new discoveries every time we venture down.”

Considering the volumes of topics that fall under the umbrella of Oceanography, Easterday says his personal favorites are ocean biology and history— topics he looks forward to covering in class.  “We’ll survey the diversity of life, where it lives, and how it lives,” he says. “We also discuss how long humans have been voyaging across the oceans (much, much longer than people realize), survey the great ocean-based cultures (Polynesians, Minoans, Greeks, Phoenicians, Vikings, Chinese), the 'Age of Exploration,' and the many great scientists and voyages they made, including Charles Darwin on the HMS Beagle!”

With so much to learn and a thousand times more yet to be discovered, how can we as a community benefit from a greater understanding of the world’s oceans? “That is a very big question,” says Easterday. “As an introductory class, we have a limited amount of time and space, so I will focus on the biggest topics in the news...the ocean-atmosphere system controls the distribution of heat and moisture along Earth's surface, which affects water supply, food supply, natural hazards (drought, floods, tornadoes, storms), and ultimately where people live.  Since most people live within 100 miles of the coasts, we want to have some idea how sea levels change, how weather will change, how agriculture will be affected, how seafood harvests will be affected, how our water supply will be affected, should Washington State expect more wildfires and droughts during the summers, and other important questions.” That seems like plenty, but Easterday admits it barely dips below the surface.

The impact of climate change and pollution on the world’s oceans is a great and growing concern and a subject Easterday plans to devote considerable space to discussing. “Ocean acidification threatens to harm most creatures that build shells,” he says. “Sea creatures are very sensitive to temperature change, so they must move to a suitable environment, adapt or die.  Creatures that live in cold environments will have very few options and most likely will perish.”

One of the first steps to ocean conservation is education and raising awareness. “Humans continue to dump plastics and other pollutants into the oceans,” says Easterday. “There are garbage patches in the oceans that are the size of Texas! Pollution in the oceans is contaminating fish, corals, plankton, and humans.  Human pollution is found everywhere in the oceans, including the deepest part - the Marianas Trench! I think most scientists would agree that we are currently experiencing the Sixth Mass Extinction in Earth's history due to these human-caused changes to the environment, but there are steps that we can take to mitigate this damage as much as possible.” 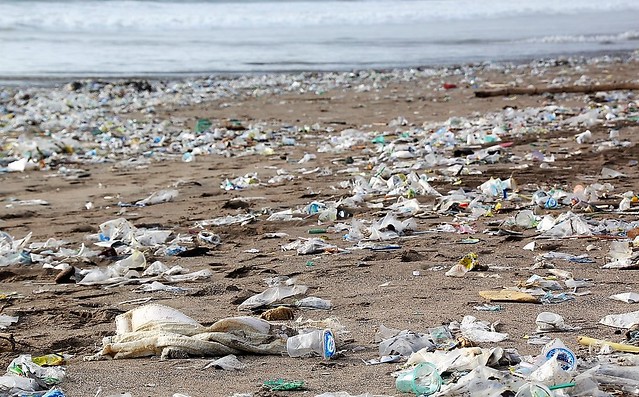 Learning should always be about the joy of discovery, something Easterday says he looks forward to most when teaching. “I enjoy when students have ‘Aha!’ moments, so I cover a wide range of Oceanography topics and then make connections to our everyday experiences throughout the course,” he says. “For example, we discuss questions such as, ‘Where do beach sands come from?  How can beaches have waves when there are no winds?  How do we know what the ocean floor looks like if we've only directly observed about five percent of it?  Where does Earth's water come from?  Has Earth always had this much water?  How do the Cascades and Olympic Mountains affect Puget Sound, and vice versa?”

Easterday says students joining Introduction to Oceanography can look forward to a class full to the gills. “In my experience, most students come to Oceanography thinking that we will only discuss dolphins, whales, and corals, so I like to emphasize the depth and wide range of topics that Oceanography covers,” he says. “Many students are amazed to see the many ways that their lives and the oceans intersect.  I always try to keep the class interesting with topics in the news, videos, examples, and humor. Yes, sometimes the environmental message can seem dark or gloomy, but science can also show us how to fix these problems for a better future.  People want to know!”

Learn more about Introduction to Oceanography.