Shaking Off the Worries with Earthquake Preparedness 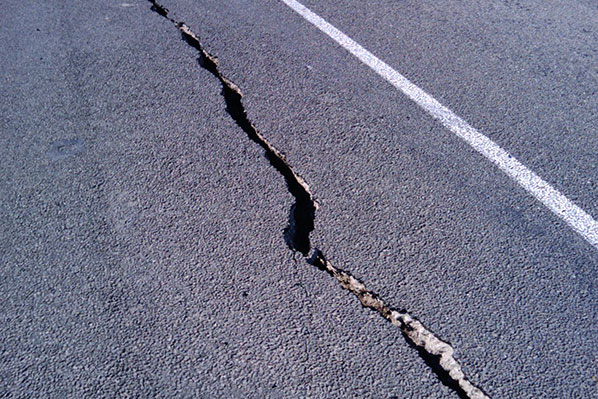 Earthquakes are common here in the Pacific Northwest, but we spend a great deal of time pretending otherwise. Every time the news informs of us of another shaker along the Western seaboard, as experienced early in the morning of July 12, 2019, anxious chatter about THE BIG ONE inevitably spikes. Most often, the buzz dies down within a few weeks and we all resume our regular routines. However, somewhere in that file cabinet in the far corner of our minds we keep a mental note to remind ourselves we really should draw up a game plan in advance of a genuine disaster.

Retired Navy nurse Ann Forrest prides herself on being the go-to person for numerous public health and safety needs and looks forward to helping others dispose of that nagging mental note in her forthcoming class, Earthquake Preparedness.

Forrest’s investment in earthquake awareness stretches back to her time in active service. “As a Navy nurse, I've been fortunate to call numerous interesting places ‘home’ but perhaps my favorite was living on the island of Sicily, in the shadow of one of the world's most active volcanoes, Mt. Etna,” she says. “My 9-year-old and I attended a lecture about how the base would evacuate family members from the island in the event of an eruption.  Sadly, there were few attendees so I stayed to talk to the speaker. He was understandably frustrated by the poor attendance, but I was struck by his obvious concern for everyone living on the island.  In addition, his firm belief that information and prior planning was crucial in circumstances filled with chaos and fear was inspiring. His words stayed with me.” 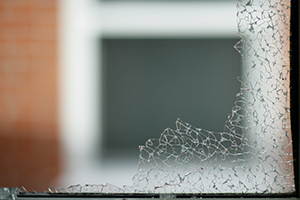 Immediately following the lecture, Forrest began to explore her preparedness options. “I didn't want my family to needlessly suffer the worry and stress of a separation if a few simple steps could prevent it,” she says.  “We went to the thrift store on base and bought two used backpacks.  I photocopied important documents, wrote down phone numbers, threw in some old clothes, a couple granola bars, two bottles of water, a few bucks in the bags, stashed them in the closet by the front door, told my family the plan and called it a day.  Mission complete.  My family was aware of, and prepared for, a possible evacuation from that island. The peace of mind it gave me was invaluable.”

Following her tour of duty in Sicily, Forrest and her family would move two more times before finally settling in NE Seattle. “We immediately started going to the monthly community meetings in our neighborhood,” she says. “Our goal was to settle in and really make it ‘home’. Twenty-six years as a military family (my career and my husband's) is a great many moves.”  It was during one of her many visits to a local community meeting that Forrest first learned of Cascadia Rising, a multi-state exercise begun in June, 2016 designed to test the region's response to a large-scale earthquake from the Cascadia Subduction Zone.

“I knew nothing about earthquakes, I grew up in Illinois,” she says. “Our natural disasters were tornadoes.” Forrest says she participated in the Cascadia Rising drill by showing up at the Lake City Emergency Communication Hub (the parking lot of Fred Meyer in Lake City) and got a firsthand look at how a community could help itself after a devastating event. “I was hooked,” she says. “The system was so elegant.”

In late 2016, Forrest joined the board of her neighborhood community council and began to guide the focus of the monthly meetings. “I wanted to build community around the subject of disaster preparedness,” she says. “Folks were tolerant but skeptical. I met with several block watch captains in our neighborhood and asked for their thoughts. They had spent time knocking on doors and talking to neighbors about how to prepare for a disaster. They told me how hard it was – for many reasons – and were not eager to try canvasing again. With that input, we decided to try a ‘build it and they will come’ approach. First, we established an Emergency Communication Hub in our neighborhood. Second, we worked to educate and encourage our neighbors to prepare their households for disaster.”

A Hub, according to Forrest, is a natural spot for folks to gather after a disaster. “Humans are social creatures; we seek out the company of others after a significant disaster,” she says. “After an earthquake, people should gather in wide-open spaces without power lines overhead. Think of spaces like ballfields, p-patches and parking lots. After a significant disaster, power and communications will most likely be down. We will not be able to depend on cell phones, the internet, ATMs, etc. so we will need to look to each other.”

Forrest says it is important the community realize that first responders like the fire department, EMTs and the police will not be readily available, as they will undoubtedly be tied up handling large-scale disasters where the loss of numerous lives is at stake. “Outlying communities that have available resources will have to manage without the usual emergency systems,” she says. “Because we understand that reality, Hubs were created to help those communities weather the disaster. Hubs have two goals: 1) To facilitate neighbors helping neighbors and 2) To gather and share information.” 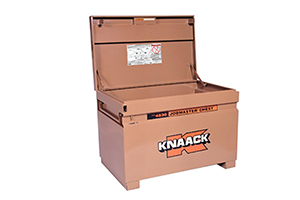 “Neighbors will help neighbors; it’s what experience and research has shown us,” Forrest emphasizes.   “Disasters bring out the best in most people.” To get a jump start on the process of community assistance, Forrest says Hubs stock supplies to support organizational efforts following a disaster. One crucial element to these established Hubs is the placement of a storage container known as a job box. “They're all metal, very inconspicuous and bland—most don't even have the Knaack logo. The job boxes are watertight and fairly heavy,” she says. “They hold canopies, tables, chairs, some search and rescue equipment (gloves, hard hats, orange safety vests, etc.), signs, white boards, paperwork and a system to keep the paperwork organized.”

You may notice Forrest did not mention food and water on her list of job box contents.  This is because the City of Seattle expects every household capable of supporting itself to have enough supplies on hand to sustain their family for two weeks. “That’s shocking to many, but it is the plan,” she says.

When a disaster strikes, the primary goal for Hub organizers is to assess immediate community needs and connect them with the proper resources. “The family with extra diapers and the family with the brand-new baby need to find each other,” Forrest says. “The neighbor with the extra tarp and the neighbor with the broken window, they need to find each other as well. Our job is to help make that happen!”

Secondly, information is a vital commodity that must be gathered from multiple sources like neighbor reports, fire department and Ham radio operators and posted at the Hub. “There must be a place where neighbors can find information about which roads are passable,” Forrest says. “Which hospitals are open and accepting patients and where to find shelter.”

“The more established Hubs also work to educate our communities about how best to prepare themselves and their loved ones,” say Forrest. “We hold Urban Survival Skills fairs, arrange lectures (big and small) and table at events all over the city. We’re constantly talking with the City of Seattle and other communities about ways to share our message and build our network of Hubs. We meet monthly to inspire each other, trade ideas on how to recruit volunteers, share best practices—and also share a laugh. The folks I have met while volunteering with the City of Seattle and the Hub network are truly amazing human beings. We share everything and we don’t reinvent the wheel unless it’s stopped rolling.”

Forrest believes she became involved with disaster preparedness at the perfect time. “Folks are starting to pay attention to the earthquake risk we face in Seattle,” she says. “The New Yorker article in July of 2015 raised awareness but it also really scared people. Most folks just froze. Unfortunately, very few people read the follow-up article. We’re slowly getting through the catatonic fear state thanks to our efforts at education. Accurate information from well-respected resources is so empowering.  I love knowing what to expect and I love sharing that information with others.  That’s why I’m so excited about this class!”

For all the steps forward in public awareness of earthquake preparedness, Forrest has some serious concerns that too many community members are willing to grasp quick-fix solutions to readiness. “My biggest pet peeve is those folks who put emphasis on buying a kit,” she says. “If being prepared was that easy, everyone would be good-to-go. Real preparation consists of two dozen or more low-cost, high-value actions like stocking bottled water and preparing an emergency toilet. I try to explain the thinking behind these aspects of preparedness in class so folks understand why they’re important and will stay motivated to get them done.”

It is clear Forrest has much to share in her forthcoming class—information she hopes will put individual concerns at ease while strengthening the community. “I want students to walk away with an understanding of what their post-disaster might look like and a plan to make it suck less.”