Women, Mythology and the Heroine’s Journey 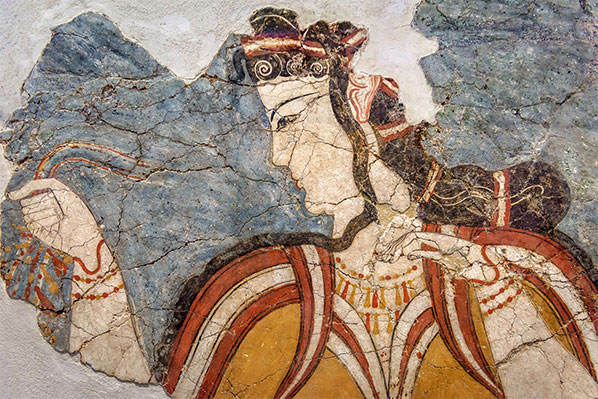 “I absolutely love bridging the gap between history and modernity,” says Women and Mythology instructor Angela Sells. “I love exploring why these myths still matter, why these stories still resonate, why we can still learn to reflect on our own journeys through the grand scope of goddesses and womxn in history.”

Though she earned her PhD in Mythological Studies, Sells says she tends to direct her creative energy toward examining women in history and narrative. “While my emphasis of study was in mythic, religious, and literary texts, my area of expertise is in relating these stories to current cultural trends and specifically to womxn archetypes in history and modernity.”

Her dissertation, Sabina Spielrein: the Woman and the Myth focuses on the first woman analyst in history. “Spielrein’s story was completely dismissed for decades. She was stigmatized as Carl Jung’s ‘hysterical mistress’; a label that overshadowed the importance of her work in child psychology, women’s psychology and mythological narrative.” 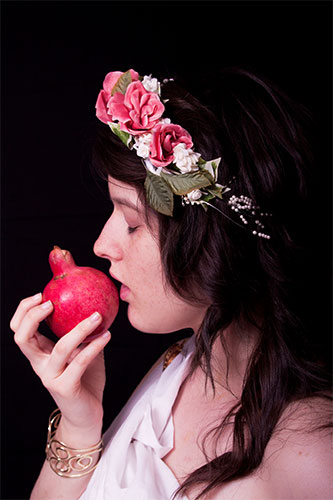 With Women and Mythology, Sells plans to explore the significance of the heroine’s journey as opposed to the hero’s journey made famous by Joseph Campbell starting in the late 1940s. “A typical heroine’s journey follows a cyclical model of abduction-descent-resurrection,” says Sells. “The archetypal heroine’s journey may be found in Persephone, a Greek goddess whose narrative as we know it takes form circa 1500 BC. Persephone was a young nymph picking flowers when she was abducted by Hades, King of the Underworld. We also must remember that the Underworld is not ‘Hell,’ but merely the resting place for those who have passed away. In Persephone’s absence, her mother Demeter, the harvest goddess, is so deep in grief that she causes the Earth to become barren.  A deal is struck wherein Persephone may return to her mother for half of the year but must return to the Underworld for she has eaten the fruit (the seeds of a pomegranate) which has tied her to the realm forever.”

Sells points out the heroine’s story contrasts with that of the hero because the heroine’s is an inward journey. When we look at the myths of Perseus, Odysseus or Luke Skywalker, the hero must face an external journey or quest that takes him far from home, pits him against a series of challenges over which he triumphs and eventually returns home a changed man. In the example of Persephone, the heroine’s journey never actually concludes, but represents a cycle of symbolic life, death and rebirth.

“Persephone returns to her mother for spring and summer and returns to the Underworld for fall and winter (when Demeter takes away the harvest). This has been interpreted as explaining the seasons and vegetation,” says Sells. “However, we may interpret this mythically: Persephone becomes Queen of the Underworld in her time down below and arises an adult woman. She is no longer her mother’s little girl upon return, but has found sovereignty. This is not to excuse in any way the impact of her ‘abduction,’ but to interpret Hades metaphorically as an inciting event that causes Persephone to confront the depths of herself and her burgeoning adulthood, to integrate her experience, and to arise from it a changed woman. In this way, her resurrection is tantamount to a journey of reflective self-discovery, a journeying inward rather than a typical hero’s journey outward.”

According to Sells, myths like the story of Persephone touch upon human themes that never change: love and revenge, mortality and immortality, knowledge and lack of knowledge, motherhood and fatherhood. “This is where interpretation occurs most frequently, where we discover what these myths might mean to our lives, how they are applicable to our own personal narratives (where we are in our own lives and how those themes interact with larger, archetypal stories), and what wisdom can be gleaned from mythological themes.”

Sells says it is quite easy to find contemporary analogues to Persephone’s journey in popular culture. “Let’s look at a modern narrative in the film Sex, Lies and Videotape,” she says. “Our protagonist, Anne, is faced with a Hades figure in James Spader, who draws her into his orbit which forces her to confront and admit to an unhappy marriage, as well as her own repressed sexuality. She then explores her autonomous self, outside of the identity of ‘wife.’ Her entire life is upended, but rather than deny her own transformation, she makes the changes necessary to fit her newfound wisdom and ‘resurrects’ a more wholly integrated adult woman.”

Sells cites additional pop culture references to the heroine’s journey in Sansa Stark’s arc in HBO’s Game of Thrones, as well as Beyonce’s hit song, “Lemonade”. “(The song) employs use of mythical imagery in the Goddess Oshún from the African diaspora. The song explores her descent, as she leaps off of a building and plunges into the depths, communion with her ancestors and womxn in her life, and depicts eventual and newfound autonomy and empowerment, regardless of re-union with her husband.” 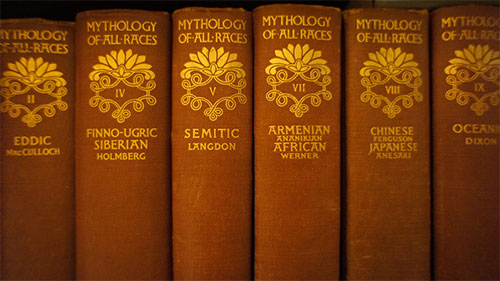 Women and Mythology is structured so students may view stories through a wide-angle lens. “I think especially for womxn, the personal is the cultural, as well as the political,” says Sells. “In my course, we do not focus on one person’s mythology so much as try to understand various cultural myths and their resonance and relevance to current archetypal figures.” This is of particular importance when viewing the cultural significance of the Goddess figure in contemporary mythology. “The ‘Goddess’ is a very ambiguous term; we look at specific goddesses in various cultural pantheons, and relate them to women in history, narrative, and modernity; from Maya Deren to Frida Kahlo to Buffy the Vampire Slayer.”

There are many things Sells looks forward to teaching in her class. Perhaps foremost is helping students discover their place in a greater cultural continuum. “I hope that students are inspired to do their own research into figures introduced in this course and that they will begin to find familiar, archetypal patterns in films, stories, and art encountered in their own lives. That is what this course is: an introduction to archetypal patterns that endlessly repeat.”

Learn more about Women and Mythology.