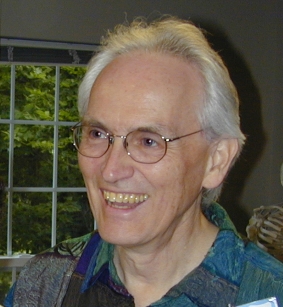 Stacy was educated as a Physicist, has worked as a Research and Development Engineer since 1966, and currently researches new computer techniques for analyzing the Electrocardiogram.  He began studying 'The Alexander Technique' in 1977, moving to Lincoln, NE in 1980 to apprentice with Marjorie Barstow, who was the first teacher certified by F.M. Alexander.

While in Lincoln, Stacy began assisting Ms. Barstow in her public classes and in intensive workshops.  In 1986 he moved to Seattle and helped form The Performance School, a center for 'The Alexander Technique'.  He has taught many intensive workshops, weekly group classes, and teacher training classes. Each summer Stacy is on the faculty of The Barstow Institute Summer Alexander Intensive, headquartered at Doane University in Crete, Nebraska.

Stacy has also been a student of Tai Chi Chuan since 1973 and has taught classes and workshops integrating Tai Chi and Alexander work.

Learning in Action: Introduction to the Alexander Technique
Winter 2023