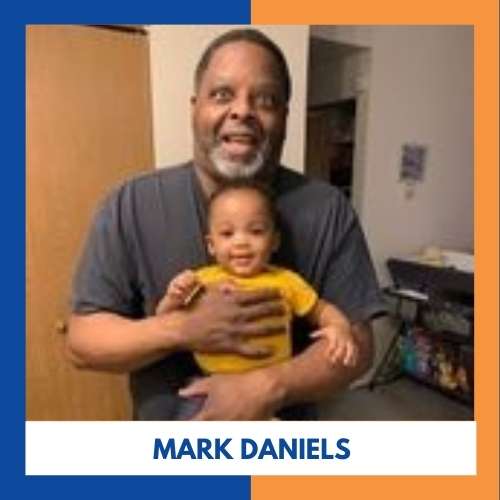 Mark Daniels – Born into a military family, fourth of six children, married for twenty-three years and father of two, Mark has called the Seattle area home since 1970.  His father and siblings were big fans of westerns, musicals, comedies, and dramas, but Mark discovered his passion when his eldest brother introduced him to Star Trek at age five. “From that point on, I was hooked on all things Star Trek.  I watched all seven live action series, all three animated series and all thirteen movies. My love of Star Trek made me seek out more science fiction.  I’ve watched everything from Dr. Who to Blake’s 7. As far as movies go, I’ve seen everything form Destination Moon (1950) to the latest Dune (2021) and everything in between.  My favorite movie sub-genre is atomic age science fiction (1950s and the early1960s). Those are the movies that I watched on a rainy Saturday afternoon, everything from little green men and flying saucers to giant radioactive ants

When not feeding his sci-fi addiction and bolstering his preternaturally encyclopedic knowledge of all things Star Trek, Mark is busy sharing his passion with the community. Since April 2012, Mark has been a guest host on the podcast Treks in Sci-Fi. Every six to eight weeks, he reviews a classic science fiction movie, providing in-depth information (director/producer, stars, running time, release date, storyline with narration, trivia, and commentary) as well as music and audio clips from the movie.  To date, Mark has created 70 episodes. For the past four years, Mark has also been a volunteer at Scarecrow Video in Seattle. His in-house duties include sorting and returning DVDs to the stacks and helping guests find movies. On the road, Daniels is a presenter in Scarecrow’s Silver Screeners program, screening movies and leading post-movie discussions at Public Libraries and Senior Centers.

Outside of all things psychotronic, Mark serves as the Facilities Director at Renton Technical College, where he has worked for 33 years. He is responsible for the maintenance and upkeep of 15 buildings on 40 acres and supervises a crew of 20 employees.